AIPD presents the album for workers with down syndrome

In 1992, the Italian Association of people with Down Syndrome (AIPD) placed the first person with Down syndrome in a workplace. Today there are 175 employees with a permanent contract in the AIPD network.

Some of them are portrayed in the figurines of the “champions” album: to complete it, AIPD turns to individuals and companies. For the story to be continued… 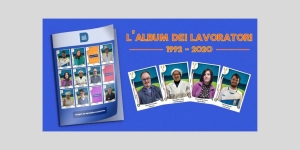 Many workers with Down syndrome have a job thanks to AIPD, which, both locally, through its 55 branches, and nationally, through the observatory on the world of work, offers vocational training to would-be workers with Down syndrome. Such training includes both meetings and onsite training, such as local internships (hopefully aimed at recruitment) and mobilities abroad.

However, many would-be workers still lack a job: the Album of Workers 1992-2020, which AIPD had launched on the occasion of May Day, is dedicated especially to them.

It was 1992, in fact, when the association placed the first person with Down syndrome in a workplace in the open labour market. Today there are 175 workers with permanent contracts in the AIPD network (many others have fixed-term contracts or are having apprenticeships): nine of these “champions” are portrayed in the album’s figurines, but many spaces are still empty. This is why AIPD called on individuals and companies: “Would you like to help us to fill them in?”.

The game was simple, just like an exchange of stickers between children: by clicking on the empty space, you selected “company” or “private person”: in the first case, “fill in the form and we will help you to find the right person, train them and place them in their future workplace”.

Who are the nine ‘champions’…

The cards already included in the album are proof that working is beautiful and possible for people with Down syndrome: on the back of each picture was not only the name, AIPD’s branch and the company of reference, but also a brief testimony of the worker portrayed. “I get on very well with all my colleagues, the director and the managers. I do my job well, it’s very important for me. I like going there a lot,” says Italo Maddalena, a dining room attendant at Mc Donald’s in Rome. Andrea Oggiano, canteen attendant at DSU University of Pisa, rejoices: “I have realised my dream: I’m working!”. “I really like working in a parapharmacy because it allows me to see many people and make myself known. I say this is my kingdom!”, assures Alessandra Cappello, shop assistant at Parafarmacia Partigiani in Puglia. 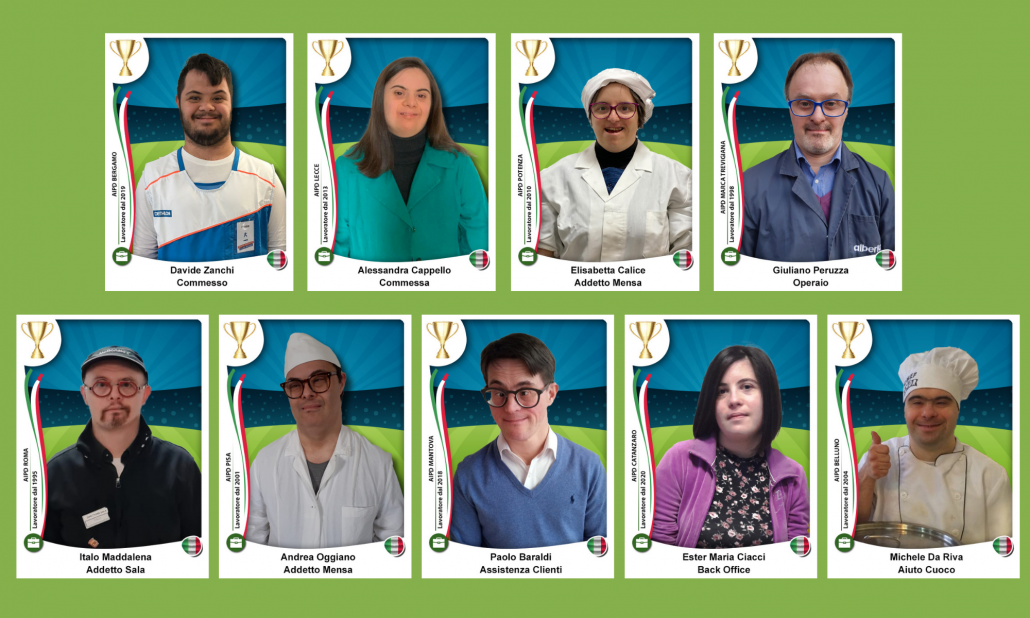 One year after its thirtieth anniversary, AIPD has set itself the objective of “completing” the album, enriching on the one hand the team of workers with Down syndrome, and on the other hand the companies that would like to benefit from their contribution. And to prove that the enterprise is beautiful and possible, it publishes the list of permanent employees in the AIPD network , together with an indication of the main companies with which AIPD has collaborated.

Success stories/experiences of people with ID: actions that foster the employment...